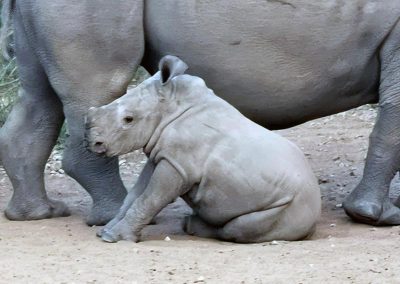 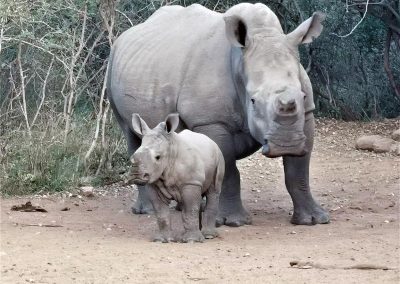 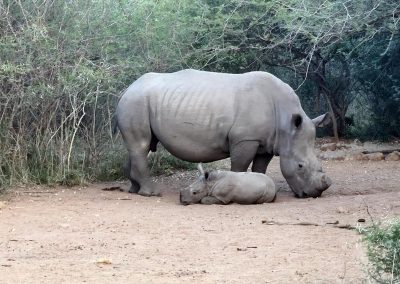 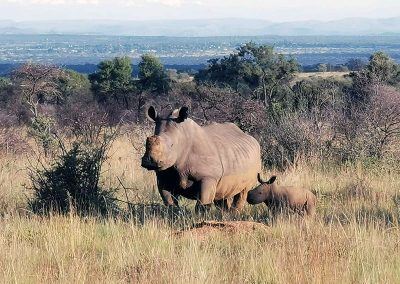 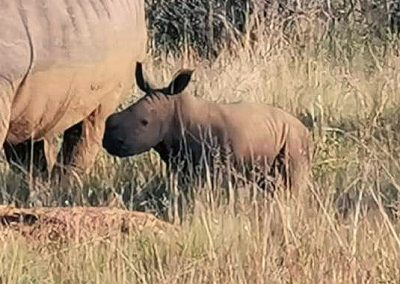 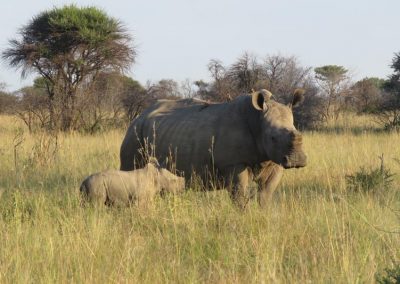 Mish gave us an early Easter present at a time when we all needed a lift. On April 9th, a rhino in our care needed to be treated for an open wound on her left side, which required the helicopter be dispatched to locate her among our herd. As a result of that flight, the ERC staff became aware and concerned that Mish was uncharacteristically separated from her young calf, Sammi. However, in true Mish fashion, it only took a couple of days before we learned the reason why when she presented us with her new bundle of joy, Gareth.

Gareth is named after Reserve Assistant Gareth Van Greune who was diagnosed with a brain tumour early in 2022. In honour of Gareth’s fighting spirit and drive to survive, it felt only fitting that Mish’s cheeky, strong-willed baby be named after such a fighter.

Gareth loves to climb on his mum’s head, and in return, Mish ensures that they roam the entirety of the reserve, giving him full tours of the sanctuary. Gareth is playful and full of energy, and we cannot wait to see how he develops over time under Mish’s protective eye.

Endangered Rhino Conservation (ERC) is a registered 501(c)(3) non-profit organization in the United States and operations in South Africa. You will receive confirmation of your donation for tax purposes.